The Gorilla Conquers the Hima­layas
Jost Kobusch is part of our hep sports team. The 29-year-old extreme moun­tai­neer from Biele­feld is curr­ently in Nepal. His big goal is to be the first solo climber to scale Mount Everest in winter via the extre­mely dange­rous nort­hern route.

Risk, Courage and Sustaina­bi­lity
In addi­tion to meti­cu­lous prepa­ra­tion, the bold under­ta­king requires a fair amount of risk-taking and a large portion of courage: “Some people say I’m crazy,” he says. “But it’s a healthy crazi­ness. It’s not like I do it without preparation.”

Yet Jost is concerned with more than just personal success. With his ascent, he wants to show that sustaina­bi­lity and extreme sports are not mutually exclu­sive. His motion: “You should leave the moun­tain in a better condi­tion than you found it.” This convic­tion, his uncon­ven­tional expe­di­tion plan­ning and his mental strength make Jost one of the most impres­sive alpi­nists of our time, even at a young age.

Jost and hep — a Symbolic Part­nership
We at hep support his commit­ment and passion. Toge­ther we make a state­ment for more sustaina­bi­lity, because: there is no planet b.

– because: there is no planet b.

Join Jost on his Journey! 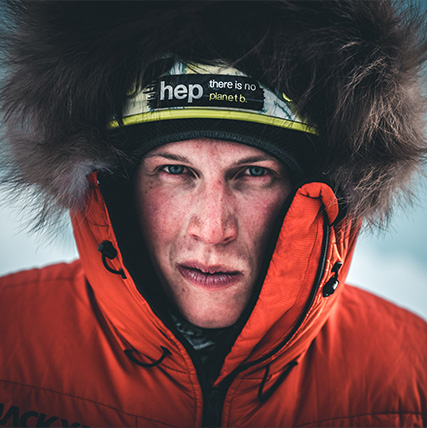